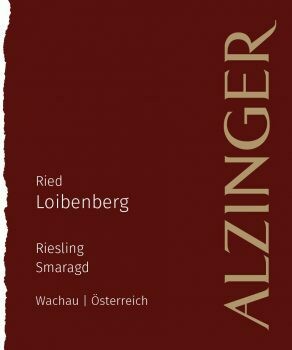 Crushed lemon leaf and a heady hint of conifer peek through on the shy but nonetheless rather citric nose. The palate with its cut and concentration leaves you in no doubt about its absolute steeliness, its inherent drive, its uncompromising but ripe freshness. That lovely conifer and lemon notion still plays aromatically around the edges, making this heady and lifted. A profound core of stone lends eternal energy. Drink 2025–2050. ANNE KREBIEHL MW

The south-facing terraces of the Loibenberg store sun all day long and are considered the warmest in the Wachau. Between the first terraces at the foot of the slope and the last ones on the summit there are a good 200 meters in altitude. In addition, many vineyards are located in the shade of protective forests. In addition, ditches open to the north, the air of which allows the climate to cool down noticeably, especially at night. The Riesling is rooted in barren and shallow soils that promote a tighter style.

Reflection of its terroir; concentrated and yet elegant at the same time; complex aroma profile – mostly with tropical nuances; velvety, juicy on the palate, yet gripping and lively.

Leo Alzinger is located in Unterloiben, just across the street from Knoll. Leo owns parcels in two of the great vineyards in this part of the river valley: Loibenberg and Steinertal. Loibenberg is a towering, terraced hillside, while the diminutive (5.5 hectare) Steinertal is hidden and maintains a cooler micro-climate. On the terraced vineyards of both sites, Riesling is cultivated on the higher, more primary rock rich parcels while Grüner Veltliner is cultivated on the lower, silty, loess based parcels.

Leo Alzinger Jr took over the family domaine in 2002 after returning from harvest in New Zealand. Prior to that he traveled to other regions to gain more experience and was fortunate to spend time with legendary winemaker Hans Günter Schwarz just prior to his retirement in 2002. “The most significant experience came with my work in the Pfalz at Müller-Catoir in the vintage 2000. Hans Günter Schwarz revealed things in the cellar, small details that gave stronger impressions of vineyard and place. He taught me not to be afraid of skin contact, that good grapes will give good phenols, for example. How important work with the lees is and many other things.”

Harvest at Alzinger happens later than some of Leo’s neighbors in Unterloiben, something he attributes to old vines and the specific exposition of his parcels. The extra time on the vine doesn’t increase sugar levels, Leo says, but rather pushes physiological ripeness to greater balance. Alzinger crushes whole cluster with a short maceration, then allows the must to settle for 24 hours, dropping any green tannins out. Tasting the wines next to some of the other Wachau greats, it becomes apparent that elegance and pristine fruit is what Leo looks for in winemaking, rather than opulence. Alzinger’s wines are never forceful or assertive; they are instead amazingly sanguine and calmly transparent.