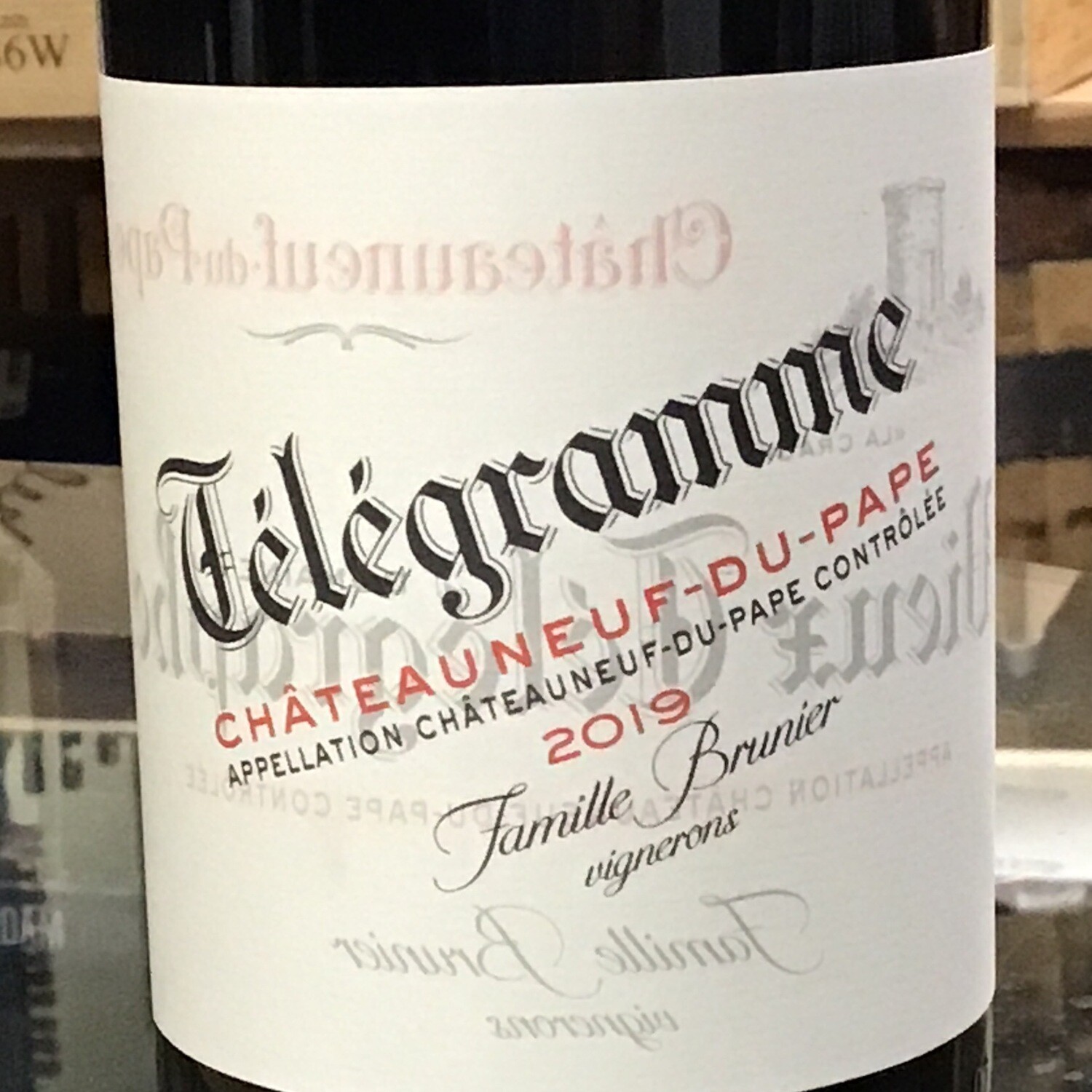 • Systematic de-stemming of the grapes

• Wine rests in cement tank for 10 months, and then ages for another 6 months in foudres

One cannot think of Châteauneuf-du-Pape, the most celebrated cru of the southern Rhône, without thinking of Domaine du Vieux Télégraphe. The Brunier family is legendary in its own right, having been rooted to the enigmatic plateau known as La Crau for over one hundred years. The wines of Vieux Télégraphe evoke the concept of terroir in its purest form: they reflect their dramatic climate, the rough terrain that defines the soil, their full sun exposure at a higher altitude, the typicity of the varietals with an emphasis on Grenache, and of course, the influence of their caretakers, the Brunier family. For many, La Crau is Châteauneuf-du-Pape’s grandest cru.

The Bruniers’ story begins in 1898 with Hippolyte Brunier. A modest farmer who lived off the land, Hippolyte kept less than a hectare of vines to make his own wines. His small vineyard was at one of the highest points in between Châteauneuf-du-Pape and Bédarrides, a stony plateau called La Crau. The elevation of this terrain had prompted the construction of a communication tower in the late 18th century to transmit telegraph messages between Marseille and Paris. Otherwise, the allure of this barren landscape is not immediately discernable—there is nothing but galets roulés, or rounded stones, as far as the eye can see. Up so high, the vineyards are exposed to all kinds of elements—rain, hail, scorching sunshine, and especially the unruly Mistral. This was unwelcome terrain where only the toughest vigneron dare plant, although the notorious Mistral works wonderfully to prevent rot.

However difficult to farm, Hippolyte saw how the wine from his parcel pleased others, and he began bottling more, gradually increasing his vineyard holdings to sixteen hectares. His sons helped work the farm, although most of the grapes were being sold off as premium fruit to négociants. The Bruniers weathered many storms—not the least of which was the ravaging of their vineyards by phylloxera. Hippolyte’s grandson, Henri, eventually joined the family business, and with him came great changes: replanting the vineyards, the construction of a new winery, bringing temperature control into the winery to protect the wines during fermentation, and most importantly, launching the Domaine’s first bottlings under the Vieux Télégraphe label.

Télégramme, the so-called second wine of Vieux Télégraphe, could in some ways be called the first: while your bottle of VT is aging in the cellar, its tannins relaxing and its earthy structure developing, your bottle of Télégramme, with all its youthful vim and vigor, is ready to be opened now. It offers a fresh and floral nose, a silky, elegant palate, and such perfect balance that it doesn’t even need a food pairing.

Comprising old vines not from la Crau or le Pied Long (two years ago, the Bruniers purchased eight hectares of 60-year-old Grenache, specifically for this cuvée) and young vines from those lieux-dits, the 2020 Chateauneuf du Pape Telegramme delivers pretty notions of strawberries and raspberries, plus just a hint of chocolate. Full-bodied but silky, fine and elegant, this looks like the finest wine I've tasted under this label—a solid wine of its own. Barrel Sample: 91-93

Both bright and fleshy, this is a very good introduction to Chateauneuf du Pape reds. Plenty of damson plum and ripe cherry with a touch of plum-cake character. A solid core of tannins keeps the palate dry and straight. Good length, if not that complex at the finish.
Range: 91-92
92pts Jeb Dunnuck

Leading off the 2020s now from bottle, the 2020 Châteauneuf Du Pape Télégramme is round, expansive, and has plenty of volume, with medium-bodied aromas and flavors of red and black fruits, ground pepper, and Provençal garrigue. It's balanced, has ripe tannins, brings plenty of fruit and intensity, and is perfect for drinking over the coming decade.