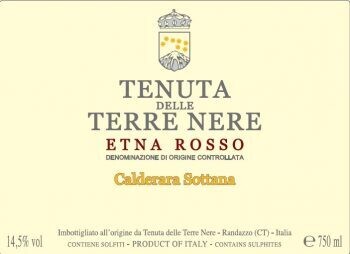 Extension of the vineyard: 15 ha

The Terre Nere estate has roughly 43 hectares of vineyards, along with 150 olive trees. Roughly 4.5 of these have been uprooted and will be replanted within two years after letting the soil “rest”. Two vineyards, for a total of roughly 11-12 hectares, make up the Calderara Cru, of which 1.5 hectares are pre-phylloxera; the rest are about 40-50 years old (and they have not been uprooted). Two different vineyards comprise the Guardiola Cru, for a total of 2.1 hectares, almost all of which is pre-phylloxera (except for some replanted vines). The Guardiola vineyards are the highest-altitude red-grape vineyards in Europe! The “Feudo di Mezzo” Cru is made up of two other vineyards, for a total of 1.35 hectares.