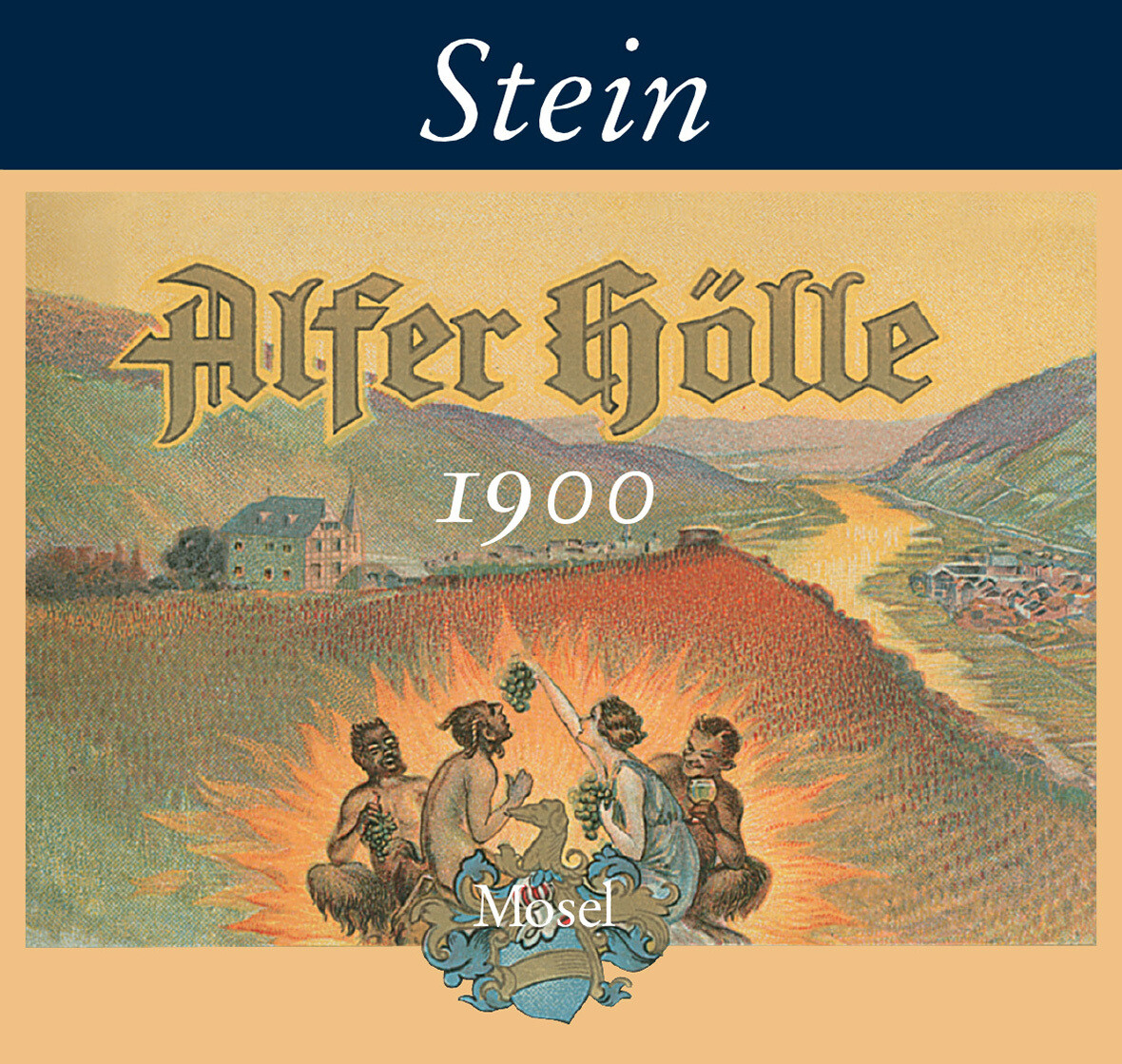 Stein’s “1900” bottling is one of the more extraordinary wines of the Mosel.

Here we have a historic site, the second oldest producing Riesling vineyard in the Mosel with just over 1,000 vines planted in the year 1900 (thus the name of the cuvée). This is a vineyard Ulli Stein tends like a garden. The wine is fermented in neutral barrel and Stein allows it to find its own balance.- Vom Boden

No one – NO ONE – has met Dr. Ulrich Stein ( “Ulli”) without at least developing a slight crush on the guy. He is brilliant, passionate, incredibly fun, perhaps a bit manic and does nothing… nothing, that is easy or obvious.

Ulli is a true bohemian who lives in a beautiful inn on the top of a mountain overlooking the Mosel (pictured to the right) – he and his wife own the inn. While the inn doesn’t really function as an inn (you can’t actually book rooms there, unless you’re a friend) it is always filled with people, with a random assortment of thoughtful eccentrics, famous musicians and artists, a couple just back from photographing Jewish delis in New York, a family making a month-long sojourn from Berlin down to Sicily and back. The common thread? They all love Stein wine; they all love. Ulli. -VOM BODEN

It’s interesting that while Ulli’s wines are not widely known in the U.S., he has nothing less than a fanatical following in Europe. He could likely sell every last bottle to his friends in Germany alone, yet there are places of some importance, like Noma in Copenhagen, that are dedicated Stein fanatics.

Ulli specializes in the absurd and the sublime. He farms meaningful parcels of land that have a few important things in common: They are not easy to work. They are commercially unknown and therefore (most likely) barely financially viable. Finally, and most importantly: Ulli has to love them.

In fact, as alluded to by Schildknecht’s quote above, Stein is more than a winemaker – he is a passionate advocate for the traditional, steep, slate vineyards of the Mosel. In 2010 Ulli published a manifesto warning of the threats to the region’s 2000-year-old viticultural tradition. Dan Melia wrote a beautiful summary of Stein’s manifesto for Edward Behr’s The Art of Eating. The article is reproduced in full, with the kind permission of Edward Behr and Dan Melia: please click the link to the right.

It’s perhaps difficult to speak of an overarching “style” at Stein; or maybe it’s that the word, the concept, just doesn’t feel right. Winemaking with Ulli is refreshingly light on “style,” on some idea projected into the vineyards, and more about what the vineyards say to him. Certainly there is a focus on wines that are dry; lightness and zip are more important than gobs of fruit. Complexity is good, but not at the expense of the whole – better to be simple and well done than overdone and, well, a mess. Cut is more important than size.

Paramount to it all: A happy vineyard, a happy customer, a good bottle of wine, and laughing.

“Dr. Ulrich Stein is infamous for such lost causes as the reclamation of abandoned, frighteningly steep sites; and battling the entrenched 1971 German Wine Law. It seems, though, that he is more a David than a Don Quixote, because he has won them all.” – David Schildknecht, The Wine Advocate