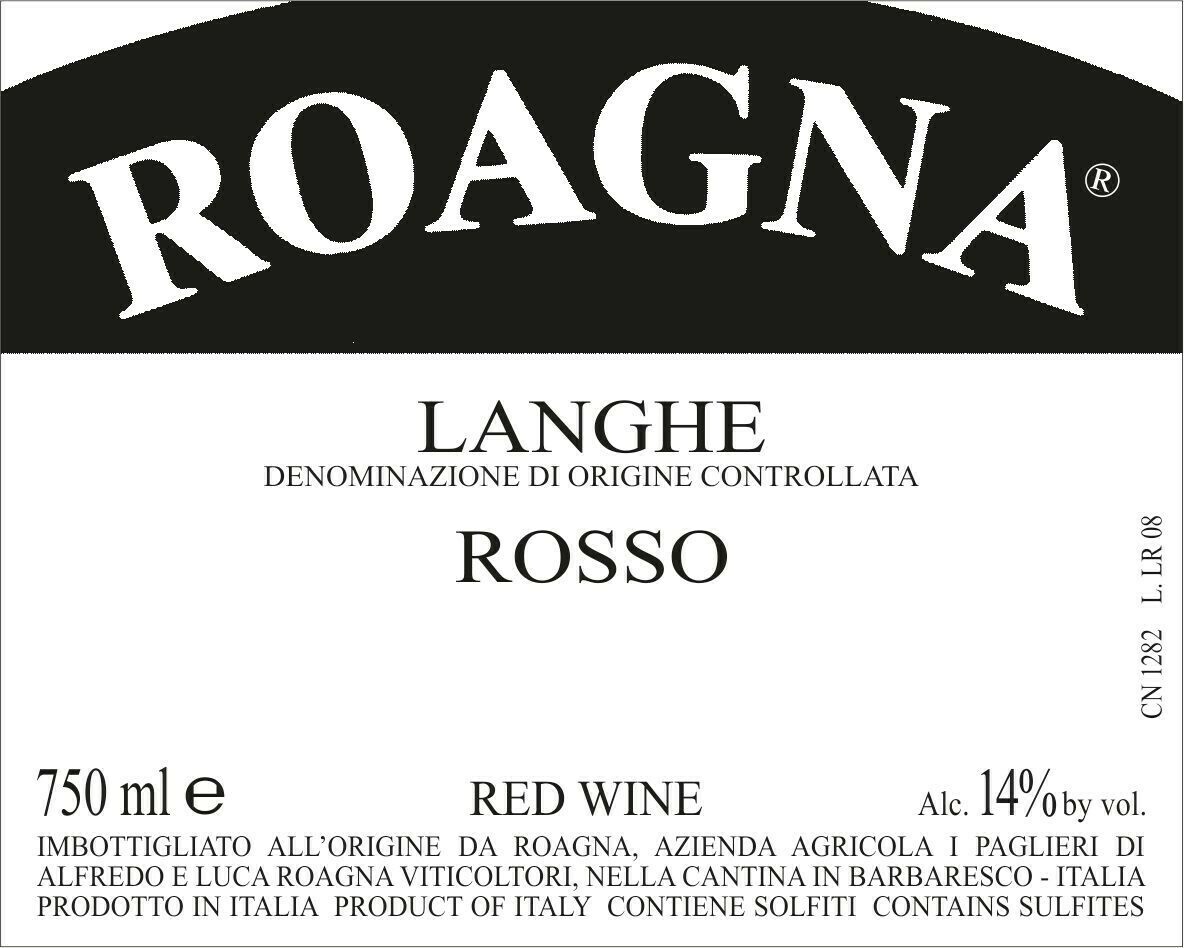 We make Langhe Rosso from our young vines planted in the Paje and Pira vineyards.

Pajé is one of the historic vineyards of the village of Barbaresco and it located in the center of the area planted to vines. Pajé is particularly rich in calcareous marl soil with a high content of active limestone. The amphitheater of Pajé opens onto the Tanaro river valley which mitigates the cold winters and hot summers. Pajé is a small strip of land facing South West.

Pira is a historic vineyard located in the village of Castiglione Falletto and originally owned by the noble family who had a private road that connected the vineyard and the castle hundreds of years ago. Our vineyard sits on the side of Serralunga d’Alba and Perno and is Southeast facing. Pira contains specific characteristics due to the slow disintegration of the rocks of Castiglione. Our family purchased this vineyard in 1989.

The vines for this wine have approximately 20 – 25 years of age. The roots are sourced by used the massage wood system by using only clippings that we have pruned from the Paje and Pira vineyards respectively.

Harvest takes place during the month of October when the fruit has reached perfect physiological maturity. The fruit is placed gently into small containers. Before being made into wine we manually select each berry in order to have perfect fruit.

Fermentation takes place exclusively in large wood casks thanks to a pied de cuve created from our indigenous yeasts. This lasts for ten days and then we use the ancient technique of maceration by splinting the submerged cap process which lasts for at least two months, (60 days). The wine is then aged in a neutral oak barrel for approximately five years.

The Roagnas have been winemakers in the village of since the mid 1800’s. It was Giovanni and his wife Maria who moved their house and winery to its present location in the Paglieri hamlet, home to the famous Pajè vineyard. This is the foundation of the , which in all covers 6 ½ , 1.83 of which are were purchased by the Roagna family in 1953.

Alfredo and Luca, father and son, now take care of the property. In 1990, they were able to purchase two slices of renowned vineyard sites of in , la Pira and le Rocche. These came with a 15th century farm house directly above the vineyard which they renovated to become Casa Roagna, a bed and breakfast overlooking the vines. And over the years, Luca has been able to purchase all of the neighboring land on the Pira hill, effectively giving the family a of the site. These acquisitons culminated in a new to and the built above the vineyard and finished in 2012.

Most of the soil in the part of is made of ancient seabed . These are poor soils, where , and dominate. The shape of the hills determine particular , and each has its own characteristics. That’s why the and areas are unique in the Italian vine world: like in , each vineyard has been defined, named, and is expected to have a particular character. Although all this was known by the Benedictine monks of the 13th century, it is only after the 1970’s that the practice of bottling by “ ” became the norm.

The Roagnas like to describe their style as traditional and innovative. Luca, born in 1980, pursued a high degree in . But he sees his academic studies as a way to understand intellectually all the practices he has observed on the terrain and in the , as implemented by his grandfather Giovanni Roagna, father Alfredo and mother, Luigina.

All of the the vines in

and are worked : no has ever been used, grass grows between the rows and only and solutions are used for .The soils are never worked at any point and the vines are never trimmed back, giving them a tree-like appearance. In the spring and summer, it can truly look like a jungle.

Despite these practices, the Roagna do not seek any form of , as the approach is deeply personal and draws inspiration from a variety of sources including and .

Pajè is the main site for and La Pira for ; both produce from vines between 25 and 50 years old as well as a Vecchie Vite ("") from vines 50 years and older. Their top is called "Crichët Pajè" and is only made in the best from the vines at the top crest (crichët, in dialect) of the Pajè vineyard where by experience the grapes . A number of other "" are produced in : Faset, Gallina and two Vecchie Vite labels: Montefico from a 0.29 and Asili from a 0.22 .