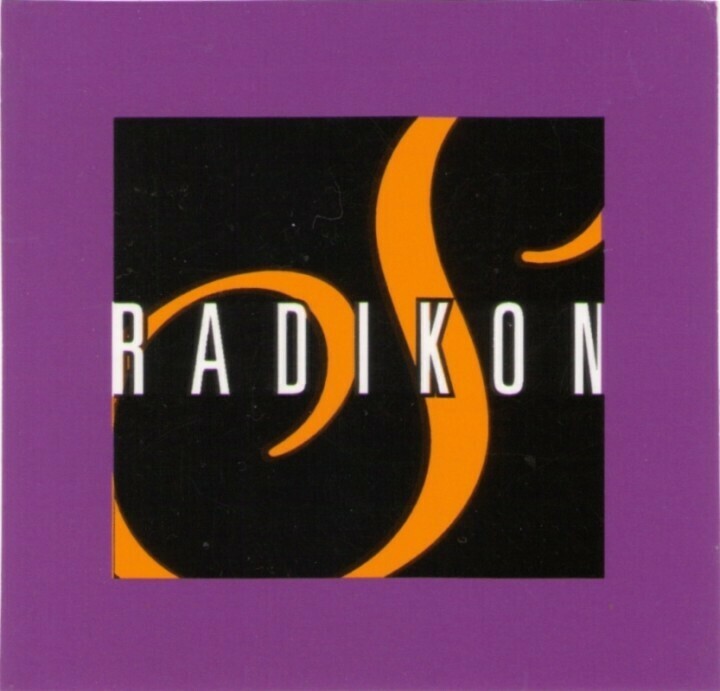 SKU 400000023106
$48.00
Out of stock
1
Product Details
Radikon's 750ml bottlings, known informally as the "S" line, are Sasa Radikon's addition to his dad Stanko's original 500ml line: they are still "orange" wines but less intensely so due to a shorter period of skin contact and aging. Otherwise, all of the wines are made identically: the Chardonnay and Sauvignon are destemmed, crushed and co-fermented with natural yeasts in oak vat, with no temperature control and no sulfur. Maceration lasts for 10-14 days (versus 2.5-3 months for the flagship wines). After a gentle pressing, the wine is put in 6000-liter Friulian-made French oak bottifor a year on its lees; it is bottled with a tiny amount of sulfur and without filtration and then aged in bottle for a year before release. Slatnik is named for a nearby village.

Thank you to importer Louis/Dressner for this Radikon profile:

Stanko Radikon was a maverick in a land of mavericks. The town of Oslavia, on a relatively tiny stretch of hills north of the border town of Gorizia in the Isonzo zone of Friuli, is home to a number of talented and individualistic wine makers. From Radikon’s home, you can carry a plate of freshly cooked polenta to Edi Kante and Jasko Gravner, two other world-renowned winemakers, and still eat it piping hot.

Joe Dressner and I showed up on a bright, chilly morning in April at 7AM. It was hard to recognize Stanko in his vignaiolo duds. We had recently seen him wearing a natty suit and white button-down shirt at a counter-Vinitaly winetasting a few days before. Stanko was standing on the road watching for us because the sign for the winery had been removed years ago. Anonymity was the only way to get some work done and avoid waves of wine tourists.

Joe and I had an 11 AM flight from the nearby Trieste airport and it had been a long week, so we were hurried and tired, but excited to be at the winery. We had had a few memorable encounters with Radikon’s wines stateside. They were interesting, complex examples of what had come to be known, in reference to the ancestral origins of the winemaker’s working in this style and their geographic proximity to the neighboring country, as the “Slovenian” style of Friuli wines – namely hand-harvesting, extended skin maceration, large, older barrel fermentations without temperature control, no added yeasts or enzymes, and little or no use of sulfur.

The steep rolling hills surrounding the Radikon’s home/winery are testament to Fruili’s viticultural legacy. It was a particularly beautiful day to see the contiguous near 11 hectares of Radikon’s narrowly planted vines, still without foliage, laid out on the steep slope of marbled limestone clay in front of the terrace between his home and winery.

The vineyards were originally planted by Stanko’s grandfather Franz Mikulus with the local favorite, the Ribolla Gialla grape. In 1948, Stanko’s parents, who had inherited the property from his mother’s father, planted Merlot, (Tocai) Friulano and Pinot Grigio. Today his wife Suzana and their children Saša and Ivana maintain their family’s land.

We asked Stanko how he came to make the wines we had tasted earlier that week.-- these golden wines, rich with complex fruit aromas, notable for their length in palate and ability to age. Stanko simply said, “It’s how my grandfather made wine in the 30’s”, and shrugged.

That made sense to us. Radikon explains on their website:

“The winery’s philosophy is to always make a natural, organic wine with the least human intervention possible and with the maximum respect for the soils and nature.

In the vineyard, the vines are planted extremely tight (between 6. 500 to 10,000 plants per hectare). We do not use any chemicals or synthetics and the treatments using absolutely innocuous, non-harmful products are minimized. Through careful pruning and selection at the time of harvest, the hand harvested yields are kept well below 2.25 tons per acre.

In the cellar, the grapes are de-stemmed and then macerated on the skins for 30 days more, with experimentation of 6/7 months for the whites, and 35 days for the reds. The pressing is done softly using a pneumatic press. All phases of the vinifications are in Slavonian oak barrels, first in wood vats and then in large barrels in which the wines are aged for about three years before bottling. The vinifications are done using only the natural yeasts present on the grapes. There is no sulfur added at vinification or bottling.”

Radikon, while extreme, has never thought much of the use of anfora, or buried terra cotta jars, for vinification. His idea of wine is an ideal taste of recent memory, not a renaissance of ancient winemaking arts. But not one to avoid controversy, Radikon, along with Kante, have initiated a new discourse on the ideal vessel for wine with the 2002 vintage releases.

First, Stanko believes that the 750 ml size does not really provide the right amount of wine for two people to share at dinner – an argument not easily rebutted. Therefore, he wanted to bottle all of his wines in liters and half-liters so that two people could then have a half liter of white and a half liter of red.

Following from this, in studies that he and Kante conducted with a cork manufacturer, they have devised what they think is the proper size of cork for these two bottle measures that gives the optimal surface-to-air permeability ratio for aging their wines. It is a narrower, smaller cork than the classic model. In deference to this cork, Stanko himself created a prototype bottle from silicon for the new liters and half-liters, and then had them manufactured at a local bottle factory. They are graceful, elegantly-necked bottles that were designed to fit in to most spaces where a 750ml bottle would.

It took us another year and some debate to convince Stanko that he should appoint us his new importer for the United States, but we are very happy to include these very interesting and distinctive wines in our portfolio.

Rather than completely rewrite Kevin's lovely text above, we decided to leave it up and update you to the numerous evolutions that have occured at Radikon over the years.

The most important is of course Stanko passing away in 2016. He was a force of nature, an influence a friend to countless people in our world. His legacy continues with the work of his family in the vines and an annual celebration of his life (now set to happen every other year) called Zivijo that occurs each December. Kevin has made of point of going each year.

Absolutely nothing has changed in the winery's philosophy, but this comes at no surprise since Saša has been helping out since he was a kid (he fondly remembers driving a tractor without a drivers license through the Slovenian border and being terribly nervous) and a partner since 2006. Suzana is of course still integral to the entire operation, and her daughter Ivana joined the family business in 2017. Saša's wife Luisa is also part of the team along with three full time employees.

Recently the family was able to acquire more land and now works 17 hectares of vines. This will principally see an increase in the S line (more on those later) and the breakdown of land is the following:

- Pignolo: about half an hectare of 25 year old vines.*

*The vine ages are an average, with many much older.

Another major development at the estate was the launch of the "S" or "Saša" wines. Launched in the early 2010's, the idea was for Saša to branch out a bit on his own but have also served as entry level wines to the Radikon world. The wines see a noticeably shorter amount of maceration, 8 to 14 days versus three months. They ferment and age in smaller vessels and age only 18 months before bottling. Furthermore, they are bottled in traditional 750ml bottles and see a small addition of sulfur at bottling.

Saša has also decided to omit the Pinot Grigio from the Oslavje blend, which in now 50/50 Sauvignon and Chardonnay. The Pinot Grigio now exclusively produces Sivi. This cuvée started as of the 2016 vintage; it means "grey" in Slovenian, in reference to the grayish-pink color of the grape's skin. A red "S" wine called RS has also joined the lineup and is a blend of Merlot and Pignolo.