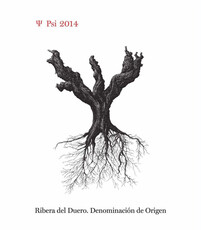 SKU 8437019818104
$39.00
In stock
1
Product Details
94 points James Suckling: "Blackberry and black-cherry aromas with lavender, cedar and hints of cloves and white pepper, following through to a medium body with ultra-fine tannins and a beautiful, creamy finish. A little tight and reserved now. Another impressive PSI. Give it until 2022. (10/4/21)"

92-93 points Luis Gutiérrez ( Wine Advocate): "[$30 list] The unbottled sample of the 2019 PSI—which should be bottled around June 2021 if all goes well—is slightly riper than the 2018 I tasted next to it, reflecting the warmer condition of the year. Starting in 2019, they have been working 50 hectares of the vineyards themselves, as they have rented them, with the idea to reach perhaps 100 hectares, half of those used, worked by themselves. This is marginally riper than the 2018, with a darker color, a little more ripeness and tannins with very tasty flavors, more immediate. It still has some months to go to polish the edges, but this is juicier and a little rounder. Drink: 2021-2027. (Jun 2021)"

The affordable Pingus, the Baby-Pingus – but really a delicious and serious wine made by winemaker Peter Sisseck.

Peter arrived in Spain in 1993 to manage a new project, Hacienda Monasterio. While planting and developing Monasterio, he began to dream about the old vines he saw dotted around the Ribera del Duero landscape. By the 1995 vintage, Peter had found a group of old vines that spurred him to embark on his own project. He called it “Pingus,” after his childhood nickname. That name today is synonymous with a benchmark for highest quality Spanish wine with a near-cult following.

PSI is made using grapes sourced from vine-growers with whom the winery has strict working agreements, from balanced vineyards, planted with bush vines on soils that are different in composition and averaging 30 years old in age. Maceration takes place in concrete tanks in order to obtain the maximum possible from the fruit aromas; and ageing occurs in concrete tanks, in large oak vats and in not-new barrels.

While other Spanish wines have achieved international recognition, Pingus is one of the very few that has joined the ranks of the world’s most coveted wines.

Like those other esteemed names, Pingus has a quality that is often lacking in today's "modern" wines-a sense of utter individuality. There is no other wine in the world, let alone Spain, that is quite like Pingus, and that singularity is one of the fundamental requirements for great wine.

Peter's winery work has been widely imitated, and many wines can mimic the exotic textures that Pingus possesses. Yet, while they might approach Pingus' style, none of these newcomers has the substance that defines Pingus.

Over the past decade, Peter has continually refined his original vision. Since 2001, he has employed biodynamic viticulture to capture a healthier balance in his vineyards. In the winery, he has made subtle, but important, changes aimed at taming the region's natural power, and giving more delineation and depth to the Pingus voice.