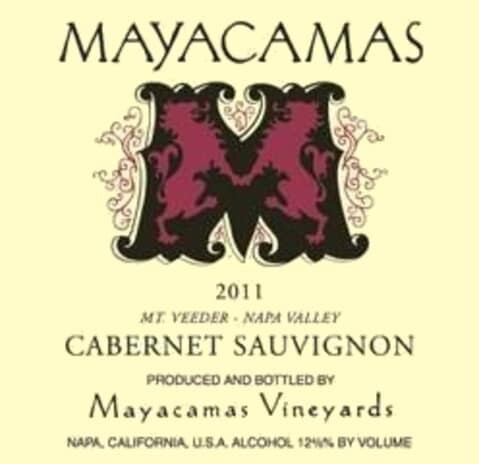 Grapes for this wine were sourced from the new appellation known as the Moon Mountain District, the higher-elevation, eastern-lying range above Sonoma Valley. The bottling also contains small amounts of Merlot, Malbec and Petit Verdot. Light bodied and restrained, it's briary, dusty and tannic, with sour cherry and cranberry flavors that get juicier on the finish. VIRGINIE BOONE

California Cabernet came of age when the 1976 “Judgement of Paris” tasting pitted Bordeaux’s First Growths against California’s best, confirming that for purity, balance and structure, parity had been achieved.

In those days, everyone from Joe Heitz to Warren Winiarski followed the ideas of the great Andre Tchelistcheff, making Cabernets whose power and complexity belied their sub-13% alcohol levels.

Their way of making wine survived into the early ’80s, producing such legends as 1968 and 1974 Heitz “Martha’s Vineyard,” 1973 Stag’s Leap (which won the Paris tasting), 1975 Caymus “Special Selection” and 1971 Ridge “Monte Bello.” But ultimately this style was buried by the sweeter, earlier-drinking archetype that came to dominate California Cabernet.

Today, the great early Cabernets would be just a memory were it not for the magical bottles that have survived. It’s highly unlikely you’ll find a young Cabernet made like ’74 Martha’s in your neighborhood wine shop. Unlike in Piedmont—where a small school of great “old style” producers still flourishes—most of that era’s great producers long ago turned in their traditionalist credentials, submitting to fashion or new ownership.

Of the handful of surviving traditionalists, Mayacamas’ Bob Travers surely stands out. An early protégé of both Tchelistchefff and Heitz, Travers was considered a genius when he made his first great wine in 1968. And those who’ve studied the four decades of Mayacamas Cabernet that followed are convinced that he still is.

Our own epiphany came in 2007, at our 15-vintage (1968-1997) retrospective. This tasting revealed breathtaking consistency across all the Mayacamas vintages—with legends like 1970, ’73 and ’75 still at the tops of their game, while sleepers like 1984 and ’85 have awakened to reveal classic Mayacamas style and expression. Every wine had years, if not decades, of life ahead of it.

But the tasting was also a bittersweet experience. It helped us understand how lucky we are to have Robert Travers on this planet. But we were also reminded that with the virtual extinction of this style of winemaking, something very important has been lost.

Mayacamas’ quality and aging potential has to dowith both terroir and Travers’ methods. The vineyards are an incredible 1800 to 2400 feet above sea level inthe crater of an extinct volcano. At this altitude, Traver’s old vines, some of which are now over 60 years of age, ripen their fruit gradually, developing thick skins of fantastic aromatic complexity and the structure for several decades of aging.

But Travers’ methods are just as important, his intuitive twists on tradition reminding us of no less than Giovanni Conterno. In deep concrete tanks set into the earth, he ferments for approximately two weeks, with pumpovers twice daily for gentle extraction of tannins. The first 18 months of wood aging is in large, very old oak barrels resembling Piemontese botti; this is followed by another 6 to 12 months in mostly used barrique, and another two years in bottle.

The simplicity of Travers’ methods are reflected in his wines’ purity. Like many other greats, his genius lies in recognizing the essence of his terroir—and to make his wine in a way that allows it to be fully expressed, rather than obscuring it with excessive manipulation.

Travers excellence doesn’t end with Cabernet. His Merlot is an uncommonly serious and complex expression of this varietal—the structure and soil expression of the site complementing Merlot’s dark fruit, tobacco and cedar. Travers’ Merlot sees less time in wood, but like the Cabernet, it promises long development in bottle.

Bob Travers continues to make wines that are every bit as exciting—and promise to be just as ageworthy—as those he made as a young man. And in so doing, he has had a lot to do with keeping alive one of the world’s greatest winemaking traditions.