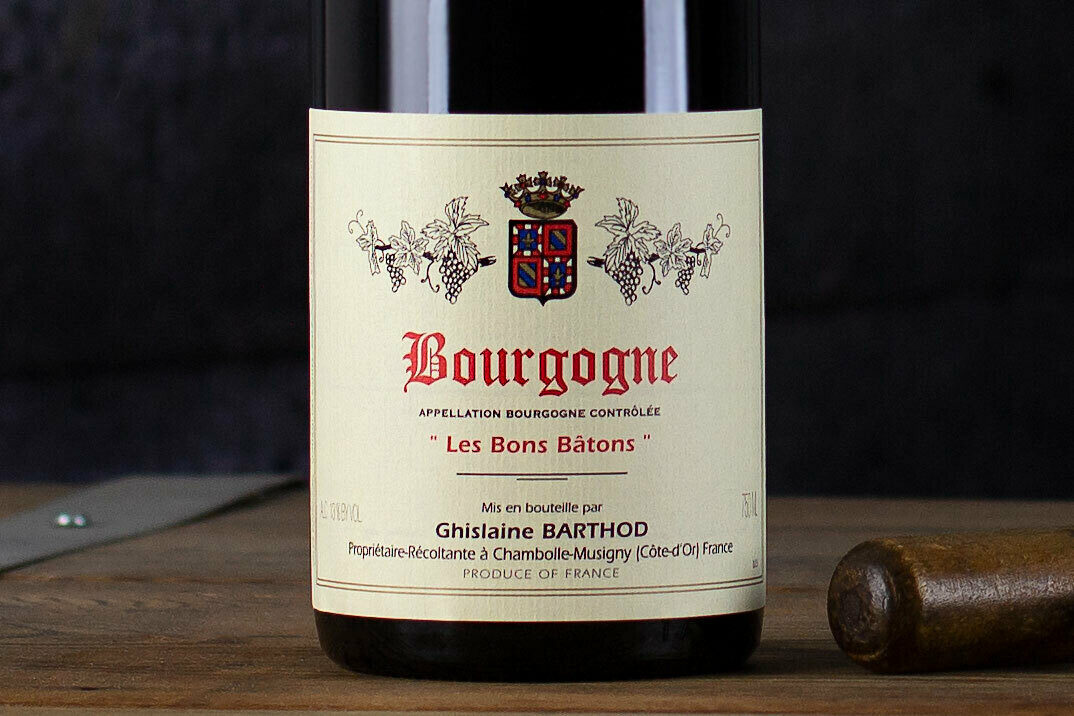 Always one of the most satisfying examples of its appellation, Ghislaine’s Bourgogne Rouge is a Chambolle in all but name. The Bons Batons vineyard lies at the border of Chambolle-Musigny and Gilly-les-Citeaux, just across the main road from Chambolle proper, and it offers an introduction to the expression of Chambolle’s sensual, mineral essence. The 2017 displays taut cherry fruit on a cleansing, mineral-driven frame, with a touch of earthy spice adding complexity.

The release of a new vintage from Ghislaine Barthod is always an eagerly anticipated and joyous occasion. There is perhaps no grower with a wider range of great vineyard holdings in Chambolle-Musigny, and Barthod’s lofty status in the pantheon of top Burgundy estates is firmly established and beyond well-deserved. As the adage goes, “If you know the woman, you know the wine”—and in Ghislaine’s case it holds perfectly true. She radiates a warmth, intelligence, and joyousness of spirit that comes through clearly in her Burgundies, which always combine exuberantly pure fruit with finely chiseled minerality, classical structure, and a breathtaking clarity of expression. Each cellar tasting with Ghislaine deepens our understanding of the intricacies of Chambolle-Musigny, and there are never any missteps—only differences wrought by vintage and terroir.

After 2016’s devastating drama, the relatively uneventful 2017 growing season came as an enormous relief to Ghislaine. Flowering happened early, as in 2016, and the Côte came precariously close to suffering enormous frost damage again—on the very same date as in 2016, at that—but was mercifully spared. Summer was warm, but not scorching; there was well-timed rain, including a series of gentle late-August showers which boosted yields without causing dilution, but nothing excessive. Ghislaine began harvesting on the 4th of September, as she wanted to preserve acidity and felt the grapes were already fully mature, and her crop was so healthy that virtually no sorting was needed. She produced her highest quantities since 2009—a particular boon given all the short vintages of the past decade—and, for the first time, was able to bottle her miniscule holdings in the premier crus Les Noirots and Les Sentiers separately rather than de-classifying them into her villages-level Chambolle-Musigny. Ghislane’s 2017s are fresh and precise, full of energetic red fruit and well-articulated minerality, and although they are less sternly structured than in some vintages, they certainly do not want for concentration. Furthermore, these are wines that revel in their pure Pinot Noir essence, offering the charm and snap of a vintage like 2002, and despite their early accessibility they display a harmony that will ensure years of positive cellar development.