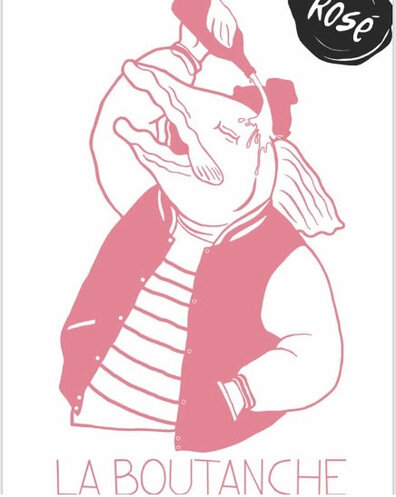 Frantz Saumon has been making wine in Montlouis since 2002 when he graduated from oenology school. Instead of taking the traditional route and working for an established producer to learn the ropes, Frantz jumped in feet first and purchased a small plot of land of his own. A slightly obsessive, serious-minded vigneron, Frantz set out to make "true Montlouis"; to this end, he has converted the vineyards to organic viticulture, only relies on indigenous yeast, and uses sulfur minimally. Most of his 5.5ha are comprised of 30-60 years old Chenin Blanc (he likes to do everything in the vineyards by hand himself, one reason why he has so little land). Minéral+ is (usually) a 'sec tendre' cuvée, coming from a blend of fruit from all Frantz's plots around Montlouis. As can be expected from the name, the wine is meant to show off the very distinctive, mineral characteristic of Chenin Blanc grown in Montlouis. The vines are mostly planted on limestone and clay, along with a portion coming from a vineyard Frantz owns that is grown on silex. There is acidity, a mild sweetness, and loads of rocks.

When we were first starting out, we quickly became disappointed with the lack of good natural wine in the $20-$25 range. Not being the kind of people to say ‘well, it is what it is’, we got to work thinking about how we could remedy this situation. So, we started talking with our producers and, already knowing what we wanted - native yeast fermentations, low or zero SO2 additions, and the like; basically pure unadulterated glou glou that we could put into a liter-sized screw-top bottle and would be a great introduction to natural wine - it didn’t take long for us to find winemakers who were willing to partner with us on this project. All it needed was a name.

Frantz Saumon established his domaine in Montlouis-sur-Loire in 2002, after a few stints as a forester here (in France) and there (in Canada), and a stage with Christian Chaussard of Domaine le Briseau, an influential voice in the “vin naturel” world who passed away not long ago.

He has always practiced organic/biodynamic agriculture and raises his wines in a variety of fiberglass and stainless steel tanks as well as wood vessels of different sizes. All wines are fermented naturally here, to the extent that there’s not even method Champenoise going on in this cellar -- all of his sparkling wines are pétillant naturel.

Frantz’s winemaking style seems to be about purity, always looking for clean wines and thriving for dryness. He also has a great talent at making pétillant naturels, some of the best ones of the region.
In Montlouis, Frantz works about 5 different Chenin vineyards with a variety of soils. Clos du Chene, which is bottled as a single-vineyard cuvée when the vintage permits, is all tuffeau, a very hard limestone found in the valley, with very little clay topsoil. All other Chenin parcels are either clay over limestone, clay with silex, or clay with broken down limestone (argile a eboulis calcaire.)

The vineyards average between 20 and 50 years old, with Clos du Chene being the exception, consisting of vines that are between 70 to 100 years old.