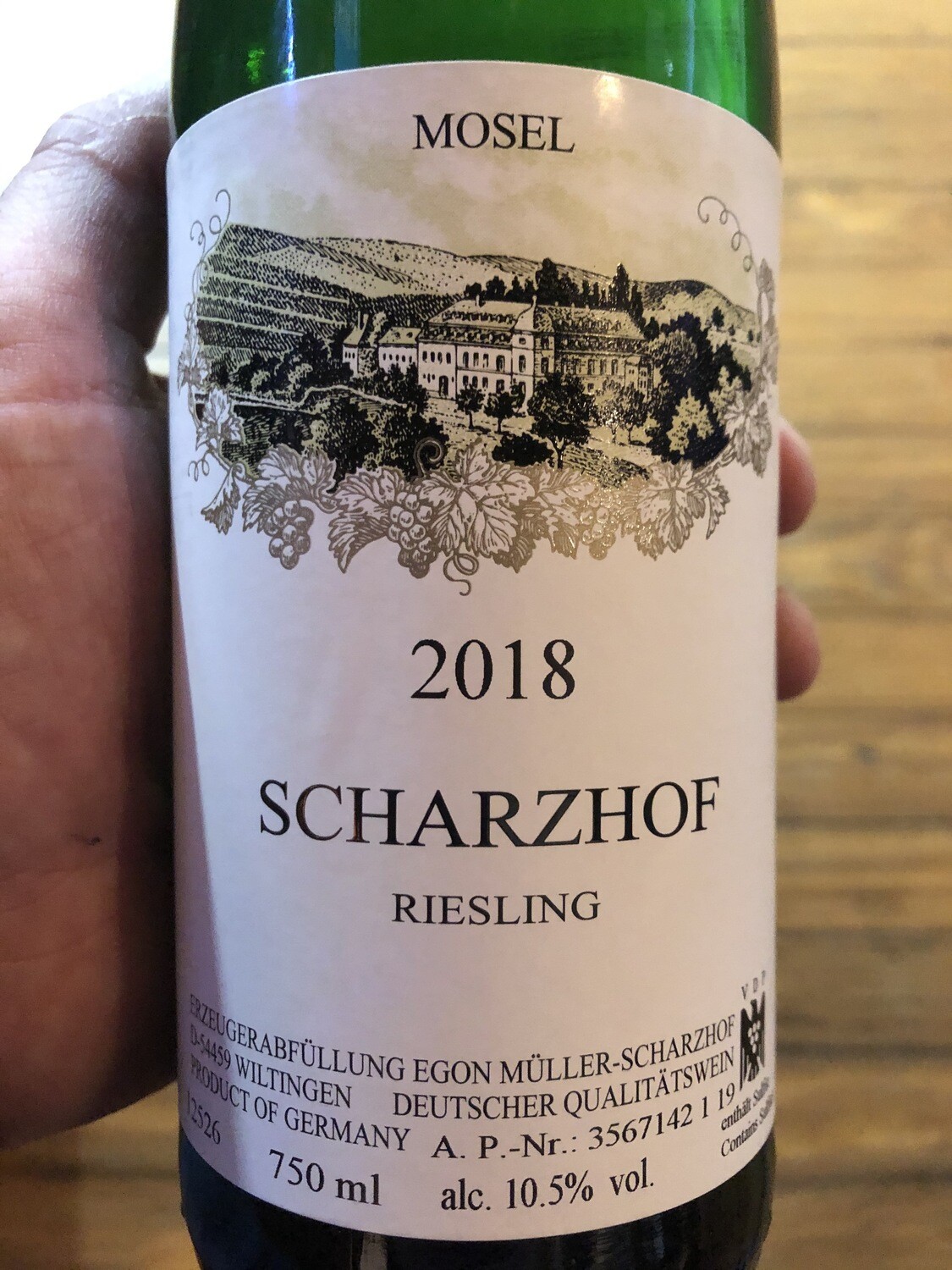 This juicy, vivid Riesling offers a charming aroma up front, with an inviting bouquet. The palate features slate and lime flavors that pick up a peach note midpalate. Light yet intense, and almost harmonious. Give this a few more years. Long finish. Best from 2021 through 2030. 250 cases imported. — AZ

Weingut Egon Müller is a renowned estate in the Saar valley sub-region of the Mosel in Germany. It exclusively works with the Riesling grape, and is particularly known for its wines made from the exceptional Scharzhofberg vineyard southeast of Wiltingen. The current manager is Egon Müller IV, who studied at the leading winemaking university at Geisenheim.

These wines are produced at a range of ripeness levels, including Kabinett, Spätlese and Auslese, and Auslese Goldkapsel in the best years. If conditions allow, sweet Beerenauslese, Trockenbeerenauslese and Eiswein are also produced. The Scharzhofberg releases are among the most sought-after of all German wines and achieve some of Germany's highest prices at auction.

Despite the trend towards drier wines in the Rheinland, the Spätlese and Auslese tend to show plenty of residual sugar. Because the wines are not dry they cannot be labeled as Grosses Gewächs (similar to Grand Cru), even though the vineyard is classified as such. All the wines need time to reach their peak and can age well; the Auslese can easily last half a century or more.

A large section of 8.5 hectares (21 acres) on the grey shale slopes of the south-facing Scharzhofberg vineyard, behind the Scharzhof house and winery, forms the heart of the Egon Müller estate. This is widely held to be one of the great white wine vineyards in the world.

There are also half a dozen smaller plots totalling no more than 4ha (10 acres), mostly a little further down-river on the southwest-facing banks of the horseshoe in the Saar between Wiltingen and Kanzem. These belong to the Weingut Le Gallais in Wiltingen which was acquired by Egon III in 1954 (though half its vineyards are rented, not owned outright) and include the Kupp and Braune Kupp single vineyards. Fruit from some of the other vineyards may feature in the generic Scharzhof Riesling.

The estate in its present form dates back to 1797, when Jean-Jacques Koch acquired the Scharzhof farm from the French republic. His daughter married Felix Müller, and the estate has remained in the same family ownership ever since.

Egon Müller also produces top-class Riesling with Miroslav Petrech in Slovakia under the Château Belá label. In the Adelaide Hills region of Australia he collaborates with Michael Andrewarta of East End Cellars to make the dry Kanta Riesling from a vineyard owned by Shaw & Smith.