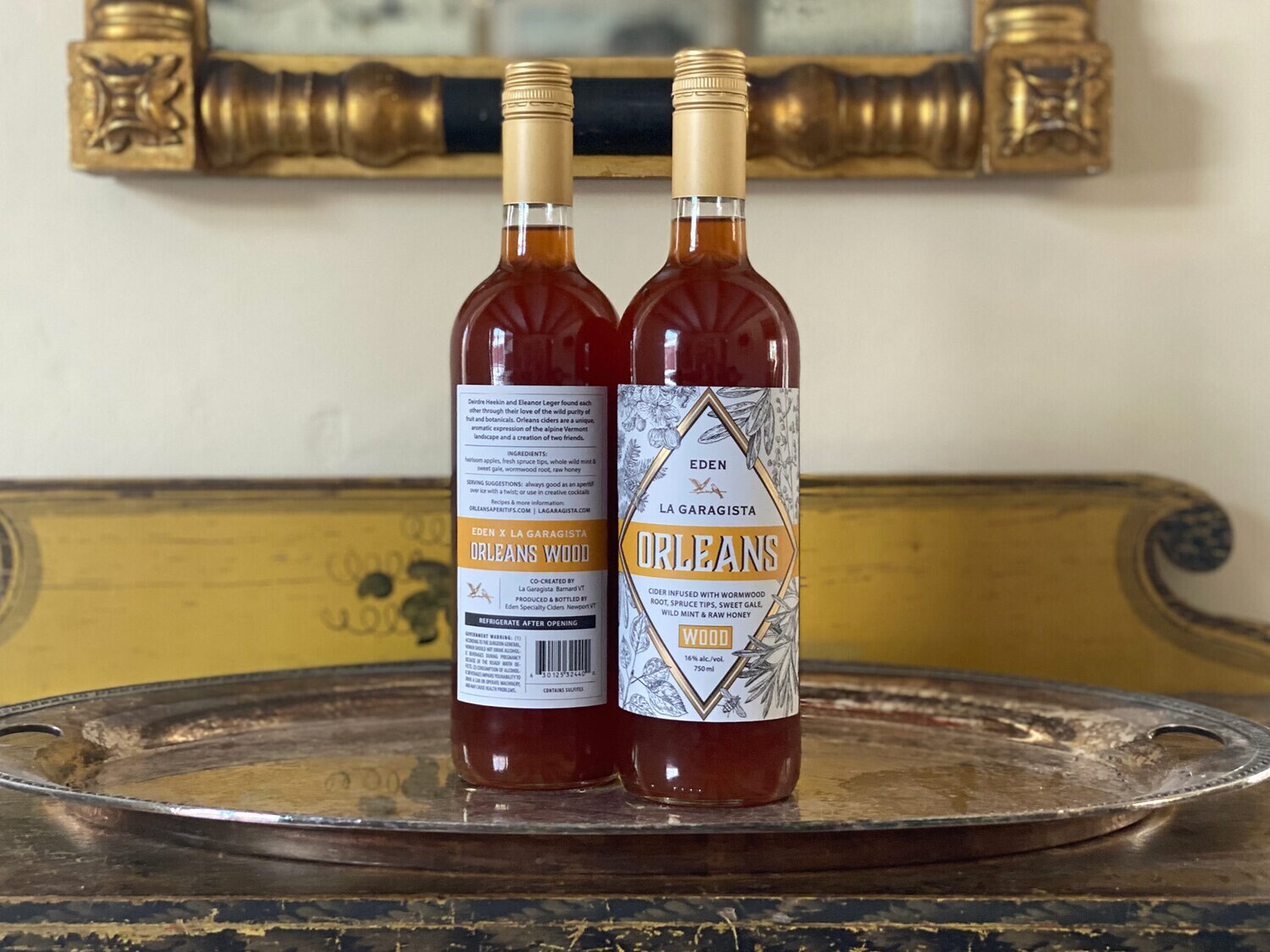 The newest member of the family, Wood falls into line with traditional amaro. It is excellent in a cocktail with gin and mint, or we like it solo after dinner to sip, over ice. Or not. Sweet gale, or myrica gale is a species of flowering plant in the genus Myrica, native to northern and western Europe and parts of northern North America. It’s also called bog myrtle, sweet willow, or Dutch myrtle. It’s a deciduous shrub with catkin flowers. It typically grows in acidic bogs, and in order to survive in these difficult conditions, the roots have nitrogen fixing elements that enable the plants to grow. The leaves have a sweet, resinous scent and is often used in perfume. In the Middle Ages to the 16th century it was used as a flavoring for beer until it fell out of favor to hops. In Denmark and Sweden, sweet gale is often used to flavor schnapps.

In native cultures in Eastern Canada, the plant has been used as a traditional rememdy for stomach ailments, fever, bronchial and liver problems. Lafcadio Hearn wrote about it in an 1886 article called The Creole Doctor as part of the lexicon of Louisiana creole folk remedies. It is also a favorite food of beavers.

Spruce tips should be wild-gathered in the early spring as soon as the bright lime-green buds emerge from the brown-papery casings. They are then most tender and have lemony citrus notes and an herbal quality close to rosemary. The classic spruce, from the Pinaceae family found in northern boreal regions, are large trees with whorled branches and grow in a conical form. Moths and butterflies find them delectable, and the new shoots are a natural source of vitamin C. Captain Cook, the 18th century British explorer, made alcoholic sugar-based spruce beer during his sea voyages to help prevent scurvy in his crew. The tips can be used to make spruce tip syrup or tea and historically was used as a tea for colds and respiratory issues.

Wormwood, or Artemisia absinthium, is indigenous to the temperate regions of Eurasia and Northern Africa, but has been widely naturalized in Canada and the northern United States. As a perennial herb with attractive spiky, silvery green leaves it finds favor in flower and herb gardens, though gardeners beware: wormwood is a plant of large character and its growth will stunt others around it. A companion plant it is not. It is the famous ingredient in the spirit absinthe and is an iconic ingredient in many bitters and vermouth. As an herbal medicine, it is used to treat dyspepsia, poor appetite, and a myriad of infectious diseases. In the Middle Ages, monks used wormwood to spice mead, and in Morocco it makes a tea called sheeba, and in 18th century England wormwood was an invigorating alternative to hops in beer.

Mentha arvensis, wild mint, corn mint, field mint is found in the largest floristic swath across the world. It is a calming herb that people have used for thousands of years to help ease an upset stomach; it is also an antioxidant and has anti-allergenic effects. It’s aromatics can soothe the common cold, and the nature of mint’s flavors and essential oils make it an especially inspiring culinary herb found in cooking traditions all over the globe. The ancient Greeks used it to clean their banquet tables and added it to their baths to stimulate their bodies. Romans added the herb to sauces, and apparently the Pharisees used mint as tithes along with exotic anise and cumin.

Wood is backsweetened with a little delicious local raw honey. Raw honey, in comparison to pasteurized honey, holds many properties that increase good health. An antioxidant, raw honey also holds considerable antibacterial power in its phytonutrients, one of the main reasons it has been shown to boost the immune system.