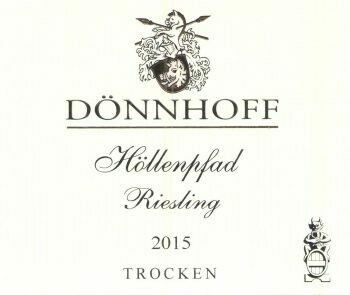 Famous, steeply sloping vineyard in a small side valley of the middle section of the Nahe River. The “Höllenpfad” (“Path to Hell”) name is an old one, likely referencing both the vineyard‘s steep slope as well as the unique color of the red sandstone. The surrounding landscape is bathed daily in the rich, warm light of the evening sun as it reflects off the hillside‘s distinctive red soil. It‘s also not hard to imagine that the word „Hell“ might have been uttered by many a winegrower after a particularly laborious day on these steep slopes. The weathered warm sandstone of the Rotliegend strata lends the wines their inimitable character. Grapes grown here tend to be very small with intense, nuanced aromas; the resulting wines are elegant with a spicy mineral fruit and excellent aging potential.