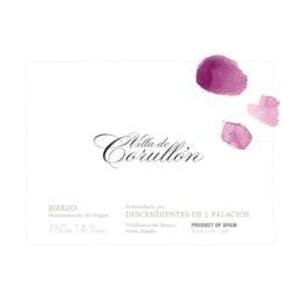 SKU 400000006543
$49.00
In stock
1
Product Details
95 points Robert Parker's Wine Advocate "The village wine 2016 Corullón (which might carry the new category "Vino de Villa" for the 2017 vintage if it's approved by the EU soon enough) was hitting on all cylinders when I tasted it. It had a very clean nose, elegant, insinuating, ethereal, perfumed and subtle, without a trace of excess in any direction. It took time to unfurl its notes of violets, wild herbs and spices. The palate had terrific balance, very refined tannins and subtle, integrated acidity with subdued minerality and a long, dry and almost salty finish. This has to be among the best years for Corullón. There are 20,355 bottles and some larger (and smaller) formats. It was bottled in June 2018."

During the late 1980's, Alvaro Palacios travelled his native Spain selling French barriques to winemakers. But his journeys had a second purpose: to find the best place to achieve his goal of making Spain's greatest wine. He ultimately decided, in 1990, on Priorato, where he would achieve worldwide fame with "L'Ermita" and "Finca Dofi." But there had been a close contender: Bierzo. It had all the ingredients that Alvaro wanted - incredibly steep hillside vineyards, distinctive terroirs and, most importantly, ancient vineyards of Mencia - a unique red grape believed brought by French pilgrims during the Middle Ages.

In Pursuit of the Dream. The idea of making great wine from old-vine Mencía never left Alvaro, and his experience in Priorato - particularly with L'Ermita - convinced him of Bierzo's enormous potential. Meanwhile, his nephew Ricardo Perez had finished enological studies in Bordeaux and was travelling across France - absorbing everything he could about great wines. He worked the harvest at Château Margaux, and did internships at other Bordelais firms like Moueix (Pétrus, Trotanoy, etc.). He also visited Alvaro frequently and came to share a belief in Bierzo's potential. In 1998, the two decided on a joint venture and set out in search of the region's finest old vineyards.