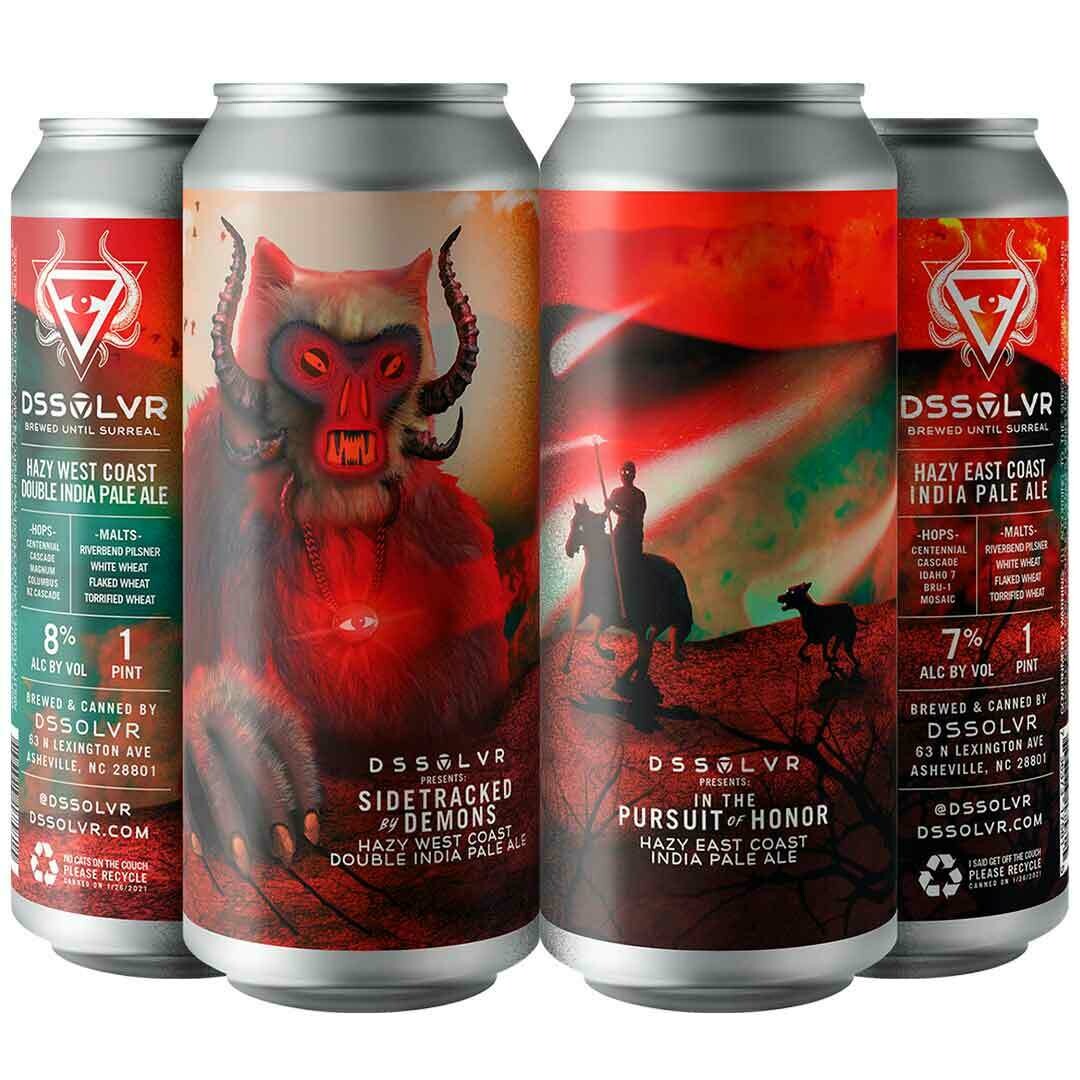 “What’s the difference between a West Coast IPA and an East Coast IPA, in technical terms?” This question results in a SLEW of different answers, but the overarching similarities seem to have to do with water profile, hot side hop usage, and hop selection. Can a West Coast be hazy? Can an East Coast be bitter? With this in mind, we decided to have ourselves an experiment. We straddled the line between East and West on both beers, while trying to also stay firmly inside the gray area.

Mashed with the same grist of Riverbend Pilsner and a melange of Wheat malts, we collected all of the wort in the kettle for a normal boil, but that’s where it gets interesting (if you’re a friggin’ nerrrrrrrrrd).

IN THE PURSUIT OF HONOR

For “In the Pursuit of Honor” East Coast Hazy IPA, we split half of the boil into the Whirlpool and added in a HEAVY amount of Centennial and Columbus, along with Brewer’s Crystals for body and our typical water adjustments for NEIPA. We fermented that with our House IPA yeast, dry hopped it with Idaho 7, and then hit it again with a second dry hop of Mosaic and BRU-1. Big notes of Orange pulp, a sticky grassy green substance, Blueberry compote, and a touch of Pineapple wedges in the sun. Starts dank, finishes fruity.

For “Sidetracked by Demons” West Coast Hazy DIPA, we kept the other half of the boil in the kettle and continued to boil for another hour, adding Columbus throughout the boil for the classic West Coast resin-bomb character, along with a water adjustment more in-line with West Coast IPA, and a hefty dose of Dextrose to help dry it out. We then sent it into the Whirlpool with some Centennial, fermented it with our House Pub Ale yeast, dry hopped it with NZ Cascade, and then hit it again with a second dry hop of even more NZ Cascade, along with Columbus and Magnum. Big notes of overripe Peaches, Sunny D in the sun, a full bite of Grapefruit pith, and a beer bong full of pine sap. Starts fruity, finishes DANK AS HELL.

Both of these present with some similarities in terms of citrus character and varying levels of firm bitterness, but also MARKED differences in terms of overall finish, juice vs. resin, etc etc.

As an added weird little bonus, both of these were spunded for 100% natural carbonation, which is actually something we’ve been working on with our IPA for some time now. Ok, enough nerd shit. LET THE BATTLE BEGIN!