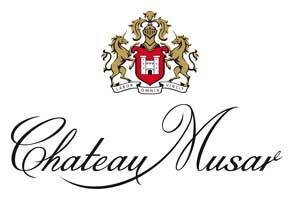 Overview for the Vintage from Chateau Musar...
A year for the history books, where the mountains of Lebanon failed to turn white with snow.

Very low rainfall during October and November 2013, where precipitation did not exceed 18mm. This trend continued into the New Year – no rain, snow or cold weather and only two stormy days affecting no more than 20% of the country! February and March were the driest and it seems as if this winter was an extension of summer 2013. April, May, June and July, where buds open and flowering occurs was perfect for the vines, but with one very important element missing for summer survival - water. By early August, the vines were starting to suffer badly. Sugar content in Cabernet Sauvignon rose drastically while acidity was stable. The varietal lost 40% of its weight due to lack of moisture and the hard work started on the first day of the red grape harvest - four teams harvesting simultaneously for the first time in Chateau Musar history. Carignan was also affected but not to the same degree, while the survivor of them all was, as usual, the Cinsault.

Each varietal was fermented with natural yeasts in concrete vats. Due to the high sugar content, Cabernet Sauvignon was very slow to start, and fermentation was controlled at a lower temperature than usual to ensure its completion. Carignan was also very slow, however Cinsault survived the crisis and fermented normally with elegance and style. The wines were aged for 12 months in French oak barrels before blending in January 2017 and then bottled without fining or filtration in July and August 2017. The bottles are aged in the Chateau Musar cellars before their release in 2021.

Tasting Notes
A deep red colour, with aromas of sweet cherry, plum and dried fruit together with a subtle spice element and hint of tobacco. The wine has a soft, rounded mouthfeel with lots of flavour and fruit concentration – caramel, mocha, ripe red fruits which are supported with soft, velvety tannins and a spicy finish.

Seven years in the making, Chateau Musar Red is a blend of Cabernet Sauvignon, Carignan and Cinsault from vineyards near the Bekaa Valley villages of Aana and Kefraya on gravelly soils over limestone. Planted from the 1930s onwards, yields are low from these mature bushvines (average age: 40 years): Between 15 to 35hl per hectare.

Winemaking
The varietal components in Chateau Musar Red undergo lengthy fermentations in cement vats at temperatures below 30°C. 6 months after the harvest they are transferred into French barrels (oak from the forest of Nevers) for one year.

Blending
The varietal components are brought together two years after the harvest; the resulting blend is then placed back in cement tanks before being bottled 12 months later. Each wine is blended to reflect the character of the vintage. After 4 years’ bottle maturation in the deep stone cellars of Chateau Musar, the finished wines are released a full seven years after the harvest.

Storage
To keep the wines showing at their best, bottles must be cellared in darkness, lying on their sides and not subjected to unnecessary movement or fluctuations in temperature.

Opening
For vintages beyond 15 years of age, we recommend the use of prongs. A tutorial is available on our YouTube page A Guide to Wine Openers

Decanting and serving
Bottled unfined and unfiltered, Chateau Musar Reds are suitable for vegans; they’re also richly-textured and likely to ‘throw a crust’. This is a common feature of most fine wines and is especially true of Musar Red vintages over a decade old. Ideally, bottles should be standing up the night before opening to allow the sediment to settle. After careful decanting (and discarding of sediment, usually in the last centimetre of the bottle) the wine should be allowed to breathe for an hour and served at 18°C with roasts, grills (especially lamb), casseroles, game, and mature cheeses. A tutorial is available on our YouTube page A Guide to Decanting Wine

In 1930, at just 20 years old, Gaston Hochar founded Chateau Musar, inspired by Lebanon’s 6,000-year winemaking tradition and his travels in Bordeaux. His ‘wines with noblesse’ greatly impressed senior officers in the army following on from the French mandate of the 1920s. Major Ronald Barton, of Château Langoa-Barton, stationed in Lebanon during World War II became a great friend, strengthening the links between Chateau Musar and Bordeaux that remain to this day.
Serge Hochar, Gaston’s eldest son trained as a civil engineer, then decided to study oenology and with the encouragement of his father became a student of Emile Peynaud at the University of Oenology in Bordeaux. Having declared to his father “I want to make the wine my way, I want it to be known world-wide – and I want you to quit!” he became Chateau Musar’s winemaker in 1959, Gaston senior having graciously given way. He then spent 18 years perfecting the formula for Chateau Musar’s Red and was selected as Decanter Magazine’s first ‘Man of the Year’ in 1984 for his dedication to producing superb quality wines during Lebanon’s Civil War (1975-1990). Serge had two sons: Gaston and Marc. Both have studied engineering and worked in the banking sector. Gaston now manages the day-to-day running of the Chateau Musar winery, Marc its commercial aspects.
“My brother looked after the liquid, I look after the liquidity.” Like his brother Serge, Ronald Hochar was encouraged to participate at Musar from an early age: both grew up washing bottles and working at the winery before pursuing their separate paths within the business. Ronald would work 7am-5pm in Ghazir then work in the evenings at the Musar shop in Beirut. “We were paid 5 Lebanese pounds a day” says Ronald “I learned everything about selling from my father.” Having studied law, Ronald’s good-humoured contributions on the commercial and logistical fronts (against huge odds he kept Musar’s trucks running during the war) remain vital to the business. Ronald’s son Ralph worked with the on-trade sector in the United Kingdom until early 2017 and is now focusing on South East Asia from Chateau Musar’s UK office, while Ronald’s daughter Elsa produced a documentary film about Chateau Musar.