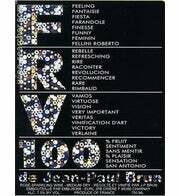 When you pour this wine into the glass you immediately notice the pink hue which is the result of the short time that the red skins have been in contact with the grape juice. It is a perfect aperitif or dessert wine and is great for summer sipping while sitting in the garden or looking over the sea.

The name "FRV100" is a play on the word “effervescent”—which becomes more apparent when you sound out the letters and number in —Frenchand is indicative of the playfulness of this off-dry, sparkling rosé.

From organically farmed estate Gamay on limestone clay soils in the southern Beaujolais around Jean-Paul's home village of Charnay, it is made by the méthode ancestrale: the hand-harvested fruit is destemmed and fermented in vat until it reaches around 6% alcohol. It is then lightly filtered and bottled and finishes fermenting with indigenous yeasts in the bottle. The result is a light-bodied, gently sparkling, gently sweet, low-ABV vin de soif, reminiscent of a Cerdon de Bugey. The vintage never appears on the label (there is no allowance for sparkling Gamay in Beaujolais) but it is always a single-vintage wine.

The Domaine des Terres Dorées is located in the Southern Beaujolais, just north of Lyons, in a beautiful area known as the “Region of the Golden Stones.” Jean-Paul Brun is the owner and winemaker at this 40-acre family estate. Brun has attracted the attention of the French and American press for the wonderfully fruity and delicate wines he produces. Brun wants to make “old-style” Beaujolais and his vinification differs from the prevailing practices in the region. He believes that the charm of the Gamay’s fruit is best expressed by the grapes’ indigenous yeast, rather than by adding industrial yeast. Brun’s view is that Beaujolais drinks best at a lower degree of alcohol and there is no need to systematically add sugar to the must (chaptalize) to reach alcohol levels of 12 to 13 degrees. So he chaptalizes minimally or not at all - depending on the vintage and the cuvee.

His Beaujolais is made to be pleasurable - light, fruity and delicious - not an artificially inflated wine that shines at tasting competitions. Only a minimum amount of SO2 is used at bottling to keep the wine fresh and “headache-free.” Fermentation naturally produces a lot of CO2, which acts as protection against oxidation during aging; leaving some in the wine at bottling time also helps to keep it fresh. Filtration is also minimal so that the wine keeps its original fruit and aromas. Brun’s wines are not “blockbusters” in the sense of being “big.” The emphasis is not on weight, but on fruit. Beaujolais as it once was and as it should be. Brun’s methods – to make Beaujolais from natural yeasts, to not chaptalize, to work at low yields, and to restore the Gamay of the Beaujolais as a light, delicate and silky drink. In 2007, two-thirds of his crop was rejected by the Beaujolais bureaucracy for being “atypical” and he had to bottle as Vin de Table. The wine received 90 points in The Wine Advocate and was adored by Beaujolais lovers all over the world. Go figure. There’s Chardonnay from limestone soils and the Beaujolais l‘Ancien which is the antithesis of major commercial Beaujolais, plus a range of Cru Beaujolais which he has acquired over the past few years. The reds are a traditional Burgundy vinification and the grapes de-stemmed – no carbonic maceration here. Renegade wines for people who like natural Beaujolais.

All of Jean-Paul Brun’s red wines use open cement tanks for pigeage. JP Brun does not use carbonic maceration. There is some SO2 added after malo and at bottling. All natural yeasts are used. For the white wines, fermentation starts spontaneously. For the reds, JP Brun uses a pie de cuve rose with a small parcel that he harvests early.