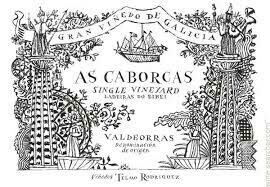 As Caborcas Ladeiras do Xil 2016

As Caborcas was the first of Ladeiras do Xil’s three single-vineyard red wines to explore the singular expressions of the remote and ancient Bibei valley, located on the border of the Valdeorras and Ribeira Sacra subzones in Galicia. The vineyard is a 2.5ha, mostly northwest-facing plot, below the village of Santa Cruz, located directly above the Bibei river. The name As Caborcas means “vineyard by the little river.” As Caborcas tends to be incredibly aromatic, with silky tannins and wild fruit character, speaking to the grand cru nature of the plot, being at once both elegant and powerful, a very Atlantic Galician feeling runs through the wine.

The undulating Bibei river valley has many expositions, but As Caborcas is one of the most prized positions by the older generation of Galician farmers. As such, it was the first single-vineyard selected by Telmo Rodriguez and Pablo Eguzkiza in 2010. As Caborcas is a unique vineyard full of different varieties, of different ages, from different strains, growing at different altitudes and exposures. The vineyard has two parts, one younger parcel and another, which is more than 80 years old. Among the native grapes planted are mencía, merenzao, sousón, godello, and brancellao. The wines of Ladeiras do Xil are strictly produced by natural principles. Viticulture is certified organic, and the grapes are hand-harvested. Wines are made with low intervention and minimal sulfur at bottling. As Caborcas is extremely limited.

Vinification – Following a manual harvest, fermentation begins spontaneously in small capacity wooden and stainless steel tanks. The wine is then blended and aged for 12 months in French oak foudres before bottling.

One of Galicia’s more historically significant wine producing regions is Valdeorras, located at the eastern extremity of Galicia. Inhabited since pre-history, settlements in this area greatly expanded with the arrival of the Romans who came in search of metals and ore. They founded mines within the territory and used water to bore tunnels and extract slate. In the process, they built new towns, fortresses and trade routes and began planting grapes on the hillsides.

Made up of 1,300 hectares, this denomination was founded in 1977. The principal grape variety planted here is Godello but there are many plantings of other grapes such as Palomino Fino and Doña Blanca. These other grapes were planted mainly for their productivity and not their quality after the region was devastated by phylloxera in the late nineteenth century. There are also some plantings of Mencía and Garnacha Tintorera for reds. In the 1970s Godello was reintroduced to the region and then in 1985 a major study was undertaken to identify the original clones of Godello that were best suited to the area. This study allowed a replanting of Valdeorras based on quality as opposed to quantity.

There are several different viticultural areas or zones within Valdeorras, with the predominant ones sitting between the towns of O Barco and A Rúa. The other important area of cultivation surrounds the town of O Bolo. The soils tend to vary from slate in the O Barco-A Rúa area to granite in the O Bolo area. The best vineyards are those located above the rivers, since these benefit from a cooler climate.