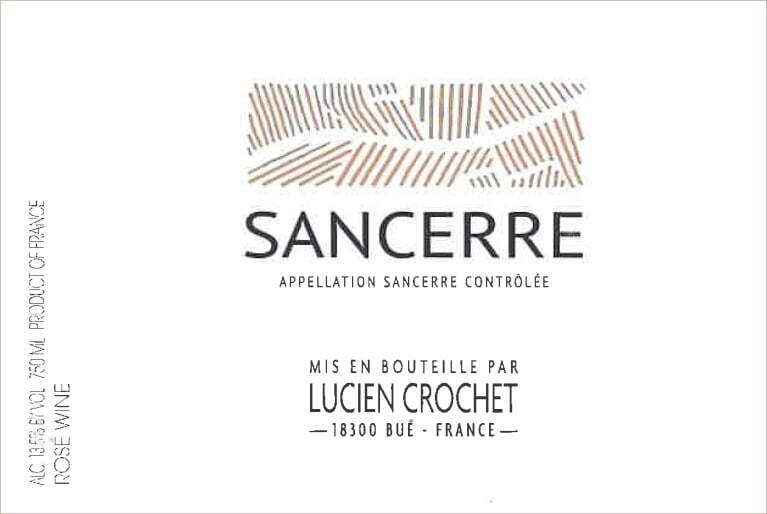 The grapes for this basic cuvée of Sancerre are sourced from the vineyards in Bué, Vinon and Crézancy. After harvest, fermentation is done in stainless steel cuves at temperatures between 14 and 18 degrees Celsius. As with all the whites at the domaine, this wine sits in contact with the fine lies for a considerable period of time with the racking being done late in the spring following harvest. The first bottling occurs no earlier than July and frequently does not occur until September of the year following harvest.

In the very earliest days of my prospecting for wine, I had the good fortune of encountering one of the grand gentlemen of Bordeaux, a certain Nathaniel Johnston, the namesake of the storied negociant firm of Nathaniel Johnston & Sons. Natty, as he was known to friends and colleagues, was steeped in the traditions of the Bordeaux trade since his family had started the firm sometime back in the 1700s. The pleasant days I spent by his side over the course of several visits were some of the most educational of my entire career in the wine trade. I didn’t have the money to play the serious game of Bordeaux; so, we did what can only be described as minimal business together (most of which was with the rustic wines of Chateau Hortevie, an old-style Saint Julien).

All of this little story is prelude to the “how and why” of my involvement with Domaine Lucien Crochet, our long-time, erstwhile producer of Sancerre. At the conclusion of my first visit with Nathaniel Johnston, he asked me where I was off to and I mentioned that I would be departing directly from his office on the Quai des Chartrons to the Loire Valley. He asked if I had yet found a producer of Sancerre for my nascent portfolio; I said “no” and he then referred me to Lucien Crochet who, he said, was making some excellent Sancerre from his outpost in Bué, a few kilometers west of Sancerre. Natty told me to use him as a reference. I did and I am deeply grateful to Monsieur Johnston, a man of impeccable taste and fine manners.

On that first visit to Bué in 1981 to introduce myself to Lucien Crochet, I waded through the various signs for other Crochet-named domaines in the tiny village of Bué before finding the plaque for “Lucien” on a little rise above the church in the center of the village. Lucien was gracious, the wines were lip-smackingly delicious and I ordered 300 bottles of his Sancerre from the Clos du Chene Marchand vineyard. Over the course of 30 years (I write this in January, 2012), that small initial purchase of a barrel of Sancerre has grown to many thousands of bottles purchased on an annual basis from Lucien Crochet and his son, Gilles, to the point where, today, this domaine provides us with the largest volume of wine of any supplier in our portfolio of growers.

It was Lucien’s marriage to the daughter of Lucien Picard, and the subsequent fusion of the domaines of Lucien Picard and André Crochet (father of Lucien), that created the Domaine Lucien Crochet. Monsieur Picard was one of the very first growers in the Sancerre district to begin bottling his wines and selling them primarily to restaurants in Paris. Lucien Crochet expanded the work of his father-in-law and, over a thirty year period, also expanded the domaine so that it now encompasses 38 hectares of vineyards, almost all of which are located in the village of Bué with smaller holdings in the neighboring villages of Vinon and Crézancy.

Twenty-nine hectares are planted to Sauvignon Blanc and the remaining 9 hectares are planted to Pinot Noir. The soils are clay and limestone from the Oxfordian and Kimmeridgian eras. The vineyards are on slopes of varying severity and run from south-east to south to southwest in their exposure to the sun. Since 1989 only organic supplements have been used in the vineyards which are planted to a density of between 6600 (older plantings) to 8700 vines per hectare. The harvest is manual, the soil is worked immediately around the vine but the growth in the rows between the vines remains throughout the growing season. There is a substantial range of wines produced at the Domaine Lucien Crochet and we present each of these cuvées in the USA.